April 23, 2013
Tweet  There is both, something very human and something very spiritual, about us that congers up memories of significant encounters when we're exposed to familiar stimuli.  A room that makes us feel as we once felt.  A smell that brings us back to a time and place.  A pied piper's song that charms our spirit to another world.

Often people speak of "Sacred Spaces."  The Celtics called them "Thin Places"... where heaven and earth intermingle.  They are often places where God HAPPENED to us.  We love marking some ground as a little more special than other ground. I recall very vividly when my father, the history teacher, took me to the see the Plains of Abraham in Quebec City.  He had retold the story of Wolfe and Montcalm's clash many times to classes over generations (and his eldest son too) so it was like we were on hallowed earth. It was as if he could nearly see the ghost of General Wolfe in his brilliant red jacket laying slouched on this back, dying on the ground like in the painting on our wall.

One of my favorite, "Sacred Space" stories is that of the Eagle and Child Pub in Oxford England.  This pub was where CS Lewis (Narnia) and J.R.R. Tolkien (Lord of the Rings) met every Tuesday morning along with other writers and disciples... for 30 years. Their group was called "The Inklings." They'd meet, enjoy a pint or two, and challenge each other about how to paint word entry points into The Kingdom of God.  Not many have done this as artfully or effectively.

“The Bird is now gloriously empty, with improved beer, and a landlord wreathed in welcoming smiles! He lights a special fire for us!…I know no more pleasant sound than arriving at the B. and B. and hearing a roar, and knowing that one can plunge in.”
- - J.R.R. Tolkien on The Eagle and Child pub in Oxford


Clearly this was a very special place for these "pen is mightier" prophets. And few could write sacred spaces better than they. I have some places kinda like this and have even written about my "Churchill Room" that I'd love to have one day.

I googled some photos of tourists in this pub and read some online reviews of this simple, could be anywhere, establishment. I even watched some YouTube videos of people who made the pilgrimage to this literary landmark to drink and eat steak and kidney pie while sitting where their heroes sat. They either kind of seemed underwhelmed, puzzled by it's normalcy... or were caught embarrassing blurting forced "woo hoo" type group enthusiasm.

"This is it?"  I'm sure some thought. Is it possible that this space is any less thin or sacred today?

I think it's that sacred spaces and thin places are in the eye of the beholder, or more accurately... in the spirit of the experiencer.  It's a place where God HAPPENED to us. Or even where God facilitated his Kingdom coming with friends.  It's an Ebeneezer Stone like Samuel raised in 1 Samuel 7 to mark the time where God helped his people to victory.  In fact the Holy Land is littered with stones and markings of where God HAPPENED.  It's good to remember it... but it doesn't mean that THAT'S where he STAYS.

Moses didn't go back to the burning bush when he needed to hear the voice of God although I'm sure there were times he'd think, "I'm dry and if only I could get back to that bush... but I'm way far away from my sacred space." But he couldn't and wouldn't dare really, because God had moved him onward.  It wasn't that the pub or the Plains of Abraham that were MORE sacred or thin... it was the company of gifted men or warriors as appointed by God.

When our church moved from a small, dirty and dank old bar laden with character to a unit of a mall... some left our family.  They left because of what we had done to their sacred space and thin place.  What we did was meet felt needs of a community by creating affordable housing... thus opening up the story of The Kingdom of God to others. The great part is that when we began worshiping in our mall... the place got thin too.  What an unfortunate misplacement of value on PLACE instead of PRESENCE.

Spaces and Places are nice.  They can be special for us. But it's the Presence of God that makes it sacred or thin.  And the presence of God roams about the earth and goes wherever he's welcomed and offered a chair at your table.

Popular posts from this blog

"I'm going to walk the earth... like Caine from Kung Fu"

June 26, 2008
My time is not my own. Time is currency, pertinent, and in short supply in it's current form. I'm quite sure that of all the things we'll be held accountable for one day... time will be near the top of the list. I'm not sure who started the rumor that "me time" even exists. Oprah likely. The entire message of Christ is centered on selflessness and giving... to the point of death even. How we spend our time when we come in contact with the miraculous is fascinating. This is long... but I want to post a scene of dialogue from Pulp Fiction that's been stuck in my head today. Back in the day... Pulp Fiction and Reservoir Dogs were MY movies. Then I got saved... ha! I tried to watch them about 5 years ago and just couldn't even come close to enjoying it. I do not recommend it... but I do think Tarantino is a BRILLIANT film maker and screen writer. In this scene... hit men Vincent (John Travolta) and Jules (Sam Jackson) are sitting in a coffe
Post a comment
but wait... there's more

Good taste is the enemy of great art

June 02, 2010
"I remember reading a thing Picaso once said. I like to read what famous artists have to say because I'm barely able to look at their paintings without going into a coma trying to figure out what it's about. He said that 'good taste is the enemy of great art' which I think is very true. Good taste has all to do with being cultured and being refined. If art has to do with anything, it has to do with being human. Here's the thing that I think we often forget is that we don't have to impress him. He's already knocked out about you. And if He was cultured and He was as civilized as most Christian people wish He was... you would be useless to Christianity. God is a wild man. Because God takes the junk of our lives and he makes the greatest art in the world out of it." The fact that God uses us as his masterpiece in the sloppy mess we find ourselves in... should keep us humble and full of grace for others. Although it doesn't always w
1 comment
but wait... there's more

Phil Dunphy on parenting and life

December 13, 2010
"We like to think we’re so smart, that we have all the answers. And we want to pass that on to our children. But if you scratch beneath the surface, you won’t have to dig deep to find the kid you were, which is why it’s kind of crazy that we’re raising kids of our own. I guess that’s the real circle of life. Your parents faked their way through it. You fake your way through it. And you just hope you didn’t raise a serial killer." Yup.
Post a comment
but wait... there's more

Dave Carrol
I'm a speaker, writer, voice over artist, church leader, broadcaster and comedian... but mostly I'm a husband, father... and a worshiper of Jesus. 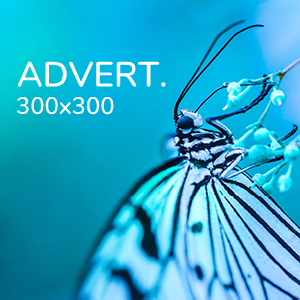